Where does the EU stand on media freedom and pluralism in 2022? An introduction to the Media Freedom Act

The European Liberal Forum in cooperation with the Institute for Politics and Society organizes the interview with Ondřej Kovařík, Member of the European Parliament about "Where does the EU stand on media freedom and pluralism in 2022? An introduction to the Media Freedom Act " 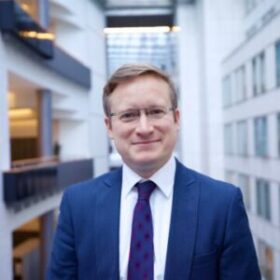 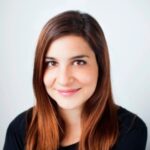 There is a general understanding amongst European citizens that we must differentiate between fact and misinformation. The dilemma that faces the transnational environment is the identification of which is which. While we live in a world where news and information can be shared instantly, however, the state of media freedom in Europe is a cause for some anxiety.

After the fall of the Berlin Wall, there was an expectation that democracy was going to take root and with it, freedom of expression. What is currently being seen in some parts of Europe are draconian laws that have inhibit journalists from carrying out their jobs effectively. We have seen quite a crisis building and can identify several countries facing similar issues with their media outlets, and it is increasingly apparent that the roof on media freedom in Europe is currently being lowered.

Freedom of expression is a human right that goes hand in hand with democratic principle and the rule of law. In its absence, we run the risk of decreased citizen participation in our democratic system and the election of leaders based on a weak understanding of their platforms. Media freedom gives visibility to existing threats that will otherwise go unnoticed.

It enables us to develop solutions on how we need to formulate our advocacy, how to contact authorities, and how to follow up on violations. This is not possible without mapping media freedom. Without mapping media freedom, we run the risk of having an uninformed citizenry.
Additionally, through media we are able to highlight problems and bring people who are central to the EU into the discussion. It is important to understand that the freedom of citizens includes the freedom of the press, and this freedom needs to be guarded collectively.
This is further reinforced in Chapter 2 of Article 11 of the Charter of Fundamental Rights of the European Union, which covers the right to freedom of expression as well as the freedom and pluralism of media.

The issue of media freedom in EU raises quite potent questions: Is media freedom severely threatened in theEuropean Union? Where does the EU stand on the rights and liberties of media outlets? Media freedom is a complex multidimensional problem that needs multidimensional solutions. This conference aims to work towards protecting the freedom and pluralism of media and granting equal access to media content for everyone. By advocating for the liberty and plurality of information, we are safeguarding our fundamental rights as
European citizens.

The moderator of the event is Elina Baltatzi, Head of Communications at the European Liberal Forum.

You can register via this link: https://www.eventbrite.be/e/idea-accelerator-media-freedom-in-the-age-of-tech-disruption-tickets-289431596697

The event is part of the ELF Idea Accelerator.