Will Terminator be your next colleague?

Institute for Politics and Society in cooperation with European Liberal Forum organizes a fire chat "Will Terminator be your next colleague?"

In conjunction with the rapid evolution of technology, the workplace of the future will no longer be associated solely with human beings, but also their relationship and collaboration with robotics. The digital revolution, while creating many opportunities in industry, personal convenience and employment, is also creating much uncertainty for the future. Some of its effects have already been visible in the labor market, and there is much debate on its future consequences. A consensus is therefore being established that in order to remain competitive in the present and future job market, employees must consistently educate themselves on the nature of the digital age.

The future of work will be intertwined with artificial intelligence and automation processes. Following the technological progress, the workplace, in the future, will no longer be associated solely with people. It is about the tense collaboration of a human being with robotics. Technology shapes the work process to such extent that employees, in order to compete and remain competitive in the job market, should educate themselves all the time.

Some major concerns about the future of work include bridging the skills gap, the impact of automation, access to technology, and issues regarding unemployment. Several countries such as Luxembourg and Norway have already sought to stay ahead of these concerns by implementing national retraining programs, which include individually adapted skill updates for employers and employees, IT literacy training, as well as numeracy and oral communication programs. All of which seek to create an educated workforce, one that is qualified to work in a highly technological economy, thus limiting the effects that technology may have on unemployment and know-how. Join us in our panel to discuss the impact of technology on the work process of the future, and to share concerns about policy issues.

The debate will take place on June 24th 2019 in Brussels.

The event is part of the Project: Visegrad Intelligence – the state of AI in V4 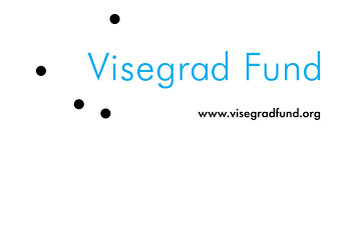 The event is part of the ELF Idea Accelerator. Invitation only.