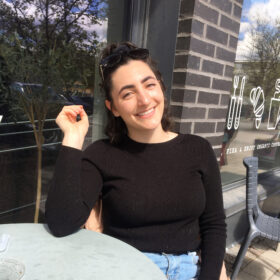 The Pandemic’s Big Mystery: How Deadly Is the Coronavirus?

COVID-19 has affected over 10 million people in 213 countries and territories. From this number, just over 514,000 people have succumbed to the virus, while almost six million have recovered, making the case fatality rate (CFR) for those who contract COVID-19 8%. As of July 1st, 2020, the worldwide mortality rate is 4.89%, meaning it is down 2.41% from the global peak of 7.30% on April 24th, 2020. Knowing the CFR of the virus is crucial and therefore 32 countries were examined to understand their individual rates. 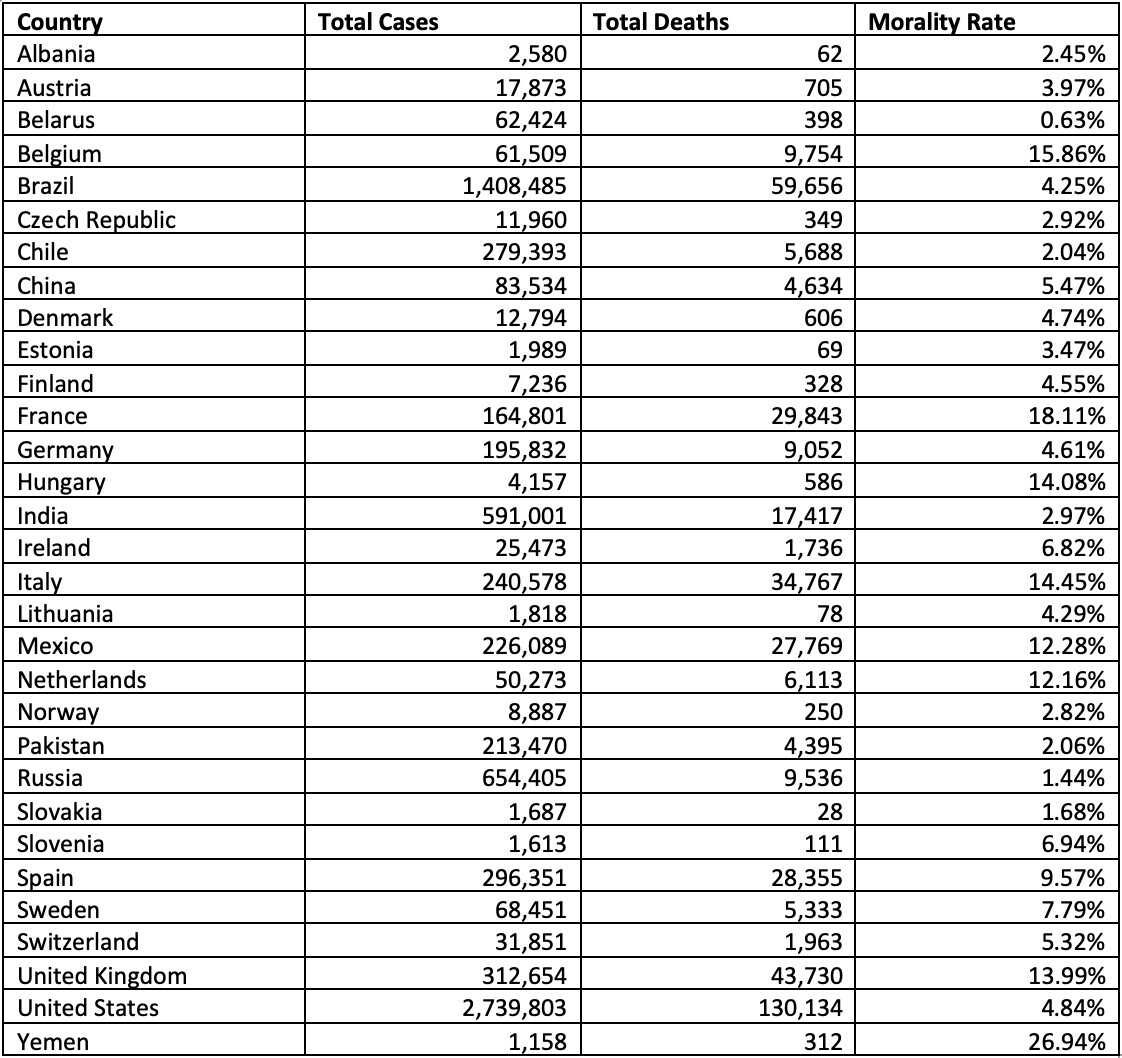 When looking at the countries with the largest amount of cases, we can see that this does not necessarily mean that they also have a high mortality rate. Of course there are countries which do correlate with a large amount of cases and deaths, such as the U.S. and Brazil, which rank number one and two on both scales with 130,134 deaths and 59, 656 deaths, respectively; however, a few go against the grain. There are countries like Russia and Pakistan which both have over one hundred thousand cases with low death rates of 2.06% and 1.44%, with deaths in the thousands. We can also look at France and Germany who vary significantly in their mortality rates, 18.11% to 4.61%, even though they have almost the same number of cases and Germany has a larger population. Interestingly, India which is populated with 1.3 billion people only has 590,001 cases, with a mortality rate of 2.97%. This is quite impressive considering the amount of people in the state. Belarus is also interesting to look at because despite taking no precautions and having one of the highest infection rates in Eastern Europe, it has a mortality rate of less than 1%.  Although these are the official numbers, if these statistics seem unusual or unbelievable, it is due to the accuracy of the CFR and the fact that comparing states using the CFR is difficult.Numbers are important, but can also be misleading if given no context. When viewing the mortality rates, one can see that Yemen has the highest percentage with 26.84%. This seems outrageously large, especially compared to the raw data of the United States’ rate of only 4.84%. The U.S. is the leading country in COVID cases, but has a lower CFR, thus making it seem that less deaths have occurred than in places such as Belgium, France, and Mexico, which have 15.86%, 18.11%, and 12.28%, respectively. This is why it is also important to include the total number of cases and deaths, because these data sets show us a larger picture, in which the U.S. has almost twice as many deaths that the four above mentioned countries combined.

There are problems with this comparison however and some experts would disagree with using this method. The CFR only compares confirmed deaths and confirmed cases. States may either be purposely or unintentionally not confirming their numbers, making it difficult to compare accurate numbers; thus leaving a large gap from those who are asymptomatic, never tested, or whose deaths are unreported. There is no universal standard for testing and therefore it is difficult to know how many people are undiagnosed. When it comes to the number of deaths, there are people who die from unrelated issues, but may be reported in the CFR, and vise-versa. Because experts believe there are a significant amount of undiagnosed cases, the mortality rate can be overestimated because cases are not confirmed. On the other hand, there is an issue of underestimating because the virus is still ongoing. It is unknown what the real risk is because there are active cases that do not have an outcome of death or recovery yet. These issues mean that the mortality rates stated above for the individual countries are not accurate because there are too many unknown and comparing states to each other could amount to insignificant data.

Although the negatives of comparing the two datasets above is acknowledged, other experts believe that finding the CFR is significant. Unfortunately at this time, the CFR is the best means to study the risk of death from COVID and therefore must be studied for its importance. By using the CFR, we have been able to understand patterns for those most likely at risk and best measures to combat the disease. When comparing deaths and number of cases, experts were able to figure out that the elderly and those with previously compromised health are the most at risk. Once this was known, countries then were able to utilize their resources for those specific groups and continue to look at the CFR to monitor patients’ recovery.  Even though the CFR does not tell us the actual risk of mortality, experts urge countries to look at the numbers to educate themselves on the severity of COVID in their regions to understand what they can do about it. Overall, it should be noted that the CFR should be used by states, but should not be used to compare states to each other because of the previously mentioned issues and discrepancies on testing and what constitutes as a COVID death. Perhaps in some cases comparing states can motivate others to change or advance their measures, but it should be kept in mind that there are limitations that making comparing unwise.