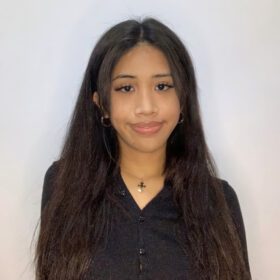 Women in Afghanistan – reality versus fiction

Since 2001, the Afghan people have been in the direction of restoring their nation through more contributions from women in government sectors and reaching goals in achieving better female representation. But after the United States military withdrawal in 2021, the Taliban took no time to spare in seizing Kabul and silencing the voices of Afghan women.

When the Taliban ruled from 1996 to 2001, they enforced laws that prohibited women from having any freedom within the society. They were banned from going to school and work, leaving the house without a male chaperone, being involved in politics, and showing their skin in public. If any women disobeyed their regulations, they faced cruel punishments that ranged from getting beaten to being stoned to death.

In 2021, the impact of the U.S. withdrawal created a difficult position for Afghans. Alongside, the U.S. was intensely criticized by other leaders for leaving Afghanistan in an even worse situation than it initially had. The nation was left in confusion and disorder which enabled the Taliban to enter Kabul and control.

So far, the group has been taking strategic steps that would help reshape its reputation and dominate rule in Afghanistan. An approach that they have been practicing was adapting to contemporary culture and silently mixing their principles. When the nation gained immense attention, the Taliban leaders created statements to the media of creating roles for women in society and mentioned in their first conference interview that “there will be no violence against women.” Although from multiple discussions about how women and girls live in Kabul, the Taliban have been all talk and no action in acting differently. Taking attributes from the women’s rights movement to achieve equality has been used to convince the international community that they are legitimate leaders with a vision.

The Human Rights Watch found that 87 percent of Afghan women have faced physical, psychological, sexual, or social violence within their lifetime. Violence against women does create not only physical pain but also mental trauma, which has become a norm for Afghan women.

When securing an education, girls shouldn’t have to go through a gruesome battle to obtain it. In May 2021, an all-girls school in Kabul was bombed, killing 85 people, most of them teenage girls. Unfortunately, till this day, it’s unknown who has been responsible for this unthinkable crime. With the school attack and the Taliban being in control, young girls are dreaded in fear and feel nothing but discouraged upon returning to their schools.

Zayba, a student in Kabul who survived the bombing, was interviewed by The New York Times. She says she stopped attending school after the Taliban’s takeover: “I am trying to, but I cannot, because I don’t see any future for myself with this regime.” The collapse of Afghanistan has robbed the childhood of many girls and crushed the hope of the ambitions they were striving for. Zayba mentioned that “The day the Taliban took control, I was thinking: This is the end of life for women.”

A particular group of women are even in more considerable danger. The Hazaras are a minority ethnic group in Afghanistan that make up between 10 to 20 percent of the population and have often been a target because of their religious background. With the current loose system, there is twice as much risk to Hazara women, who will be targeted not only for simply being women, but also for belonging to this religious and ethnic minority. An example of that has already happened: the attack on the maternity hospital at the Dasht-e-Barchi, a majority Hazara settlement, killed 16 mothers, a midwife, and two children. Until now, it is still unclear who the perpetrators were.

As time goes by, it is extremely important to understand that Afghan Hazara women who are Shi’a Muslims have been singled out by the attackers. Continuous attacks within their communities have been occurring and criminals remain unaccountable.

The bloodshed war in Afghanistan has stolen women’s access to basic education, healthcare, and freedom. The recent statements of the Taliban in being advocates of creating a better space for women has all been for publicity. Thus, in many ways, simply being aware and educating others on the position of women in Afghanistan creates an impact towards creating change in their lives.