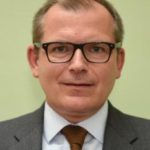 The Institute for Politics and Society in cooperation with American Centre (Tržiště 13, Prague 1) invites you for a discussion held on the occasion of the 100 years of Czech-US relations.

This year we are going to celebrate an anniversary of 100 years from the independent Czechoslovakia republic was established. President Woodrow Wilson’s Fourteen Points contributed to this huge achievement of providing the right of Czechs and Slovakians for their national self-determination. The declaration of the small nations´ right to have their own state, for which Czechs in the USA were lobbing for, has started an era of building Czech-US relations. During the past 100 years these relations were interrupted by both, the Nazi protectorate and the Iron Curtain afterwards. After the fall of Communism, the romantic period of Czech-US relations has begun. Americans admired the toughness of a small nation in the struggle for its right to democratic rule of law and civil liberty. Václav Havel, the symbol of the Velvet revolution, started the golden era of Czech-US relations with his speech in the US Congress. In the first part of the debate, we are going to look back on all the major milestones of Czech-US relations. The discussion will then focus on the future development of Czech-US relations. A long time has passed since the period when The United States admired the immediate style of Vaclav Havel’s policy and when the Czech nation looked to the United States as the outpost of freedom and modernity. Nowadays, Czech foreign policy has many different directions – from the West, through Brussels to Moscow and China. It is a real question which way the Czech Republic will choose for the prime one and how and to which extent its choice will influence the future of Czech-US relations.

What was the result of the US politics of isolationism following the First World War? Did this type of politics create a space for the rise up of Nazism in Europe and for the Nazi protectorate over Czechoslovakia? Why was the Demarcation line drawn in the way that cut Czechoslovakia into two parts? How strong was the support of Czech fellow countryman for TGM in the USA? How did the US politicians perceive Václav Havel´s position as a president without any previous political experience? How important was the visit of the US president Barack Obama in Prague in 2009? Does the fact that the current US president was married to Czech woman any relevance for Czech-US relations?

Jiří Šedivý, Ambassador Extraordinary and Plenipotentiary of the Czech Republic

Petr Kolář,  Former Ambassador of the Czech Republic to the USA and Russia

Alexandr Vondra, Former Ambassador of the Czech Republic to the USA

The debate will be moderated by Daniel Anýž, Comentator, Hospodářské noviny.

The discussion will take place in American Center (Tržiště 13, Prague 1).