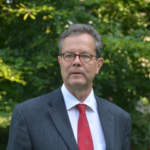 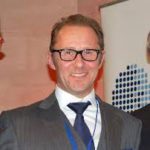 The Institute for Politics and Society hosts a business breakfast to discuss German federal elections.

Angela Merkel is battling to win her fourth term as German chancellor in a crucial national election. She is still leading the way in the polls despite facing a formidable challenge from former European Parliament President Martin Schulz. But could she lose the German federal election later this year?

Germany’s Greens signaled their openness to a link-up with Angela Merkel’s center-right bloc and the business-friendly Free Democrats after the fall elections, which would redraw the traditional boundaries of German politics.

Who will win? Who will form the government? What are the main topics of the campaign? What is the future of Germany and the European Union based on electoral results? Will Alternative for Germany succeed?

The moderator of the event is prof. Matt Qvortrup, political scientist ,Center for Trust, Peace and Social Relations, Coventry University. The event will be held on 18 September 2017. The working language is English without translation. The event is by invitation only.