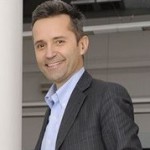 The Institute for Politics and Society is organizing a debate as part of a series on economic issues: Negative interest rates and fighting deflation.

A world where you have to pay someone for depositing money, a world in which someone pays you for lending money. It may seem absurd, perverse and difficult to imagine. That does not mean it cannot become a new reality for a long time, even in the Czech Republic.

The panel will include:

Aleš Chmelař, chief economic analyst at the Section for European Affairs, Government of the Czech Republic

Lubomír Lízal, a member of the Board of the Czech National Bank

The debate will take place on May 31 at 18:00 pm at Šebková Palace (Politických vězňů 7, Prague). The debate will be moderated by Jan Machacek, Chairman of the Board of the Institute. The event will be held in Czech and admission is free.