Recollections of the Velvet Revolution by Edward Lucas

The Institute for Politics and Society is organizing a roundtable with ex-foreign correspondent from Central and Eastern Europe Edward Lucas. 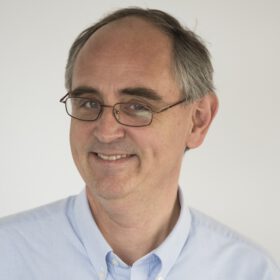 Edward Lucas is a writer and consultant specialising in European and transatlantic security. For many years a foreign correspondent, he was based in Berlin, Prague, Vienna, Moscow and the Baltic states. Formerly a senior editor at The Economist, the world’s foremost newsweekly, he is now a senior vice-president at the Center for European Policy Analysis (CEPA). He writes a weekly column in the London Times.

He is experienced broadcaster, public speaker, moderator and panelist, Edward Lucas has given public lectures at Harvard, Oxford, Cambridge and other leading universities. He is a regular contributor to the BBC’s Today and Newsnight programmes, and to NPR, CNN and Sky News.