The European Liberal Forum in cooperation with the Institute for Politics and Society organizes the online interview with Dita Charanzová, Vice President of the European Parliament about "Regulating Big Tech: Is the “European Internet” the best way forward?" 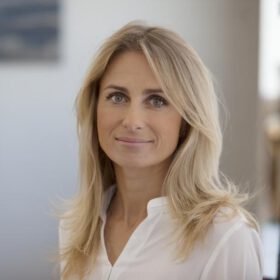 The online interview is planned with a high-level representative of the EU institutions, Vice-President of the European Parliament Dita Charanzová. The COVID-19 pandemic has fully demonstrated that digitization is a fundamental pillar of long-term competitiveness. However, even our evolving digital society needs to have its rules. At the end of last year, the European Commission presented a package of legislative proposals, the Digital Services Act, which attracted particular attention from both supporters and opponents. The Act was devised to create a set of Europe-wide binding rules for providing digital services currently governed by internet giants and various online platforms. Apart from the General Data Protection Regulation in 2018, this is the EU’s first real attempt to regulate the Internet. If passed, the laws would affect both businesses and consumers, and particularly US companies. The businesses are both loved and hated, but it can’t be denied that they are vital to the European economy and the lives of millions in the bloc. Some European countries seek tighter control measures. In the name of fighting hate speech or protecting consumers, they advocate for erecting barriers to non-European services and data flows. The EU aims to create its own standards for the online space and punish global players if they don’t meet these criteria. In other words, the EU calls for a truly “European Internet.”

Is the creation of the ”European Internet“ the right way forward concerning the new challenges? Is this the right time to create a common framework for European-US regulation of Big Tech and the Internet in general? How do society and democratic processes change with the growth of the Internet and social networks? What will the future relationship between public institutions and the Internet giants look like if they often pursue different interests? Is the Chinese model a way to go? Are we users of the Internet or a part of it? And can the Internet be a safe place at all?

The moderator is Jan Macháček, Chairman of the Board, Institute for Politics and Society.

The debate will take place on April 16, 2021, from 12:50 to 13:20. The event will be held in English and you can watch it live on Facebook of the Institute for Politics and Society or the European Liberal Forum.

The event is part of the ELF Idea Accelerator.