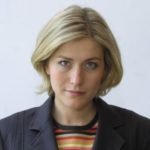 The Institute for Politics and Society organises debate "Syrian Conflict in the „new“ geo-political set up – the main challenges and possible solutions."

The civil war in Syria is the deadliest conflict of the 21st century. Over 250.000 people were killed and 11 million Syrians have been displaced from their homes. Sectarian split dominates the conflict not only within Syrian borders but is a major element of foreign involvement, as well. To the extent that some describe, the conflict is vital to reshaping of the future Middle Eastern map. Others call it an open field for a new phase of cold war. Big offensives on Mosul and Raqqa, the possible fall of Daesh, inhuman bombing of Aleppo, advancement of Kurdish troops and Turkish backlash inside and outside of its borders, Russians nesting deep into the conflict and new American president.

What will come out of this explosive cocktail? What is next for Syria? And how will it influence us in Europe?

Michal Przedlacki, Emergency coordinator in Syria for People in Need and documentarian