War of Ideas! Hot or Cold? 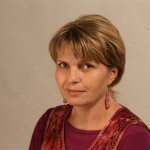 Institute for Politics and Society in cooperation with KULTURUS FEST organizes a debate on the topic War of Ideas! Hot or Cold?

The policy of the Kremlin has become more and more active and aggressive. Russia has taken over Crimea and started a military operation in Syria. War is not taking place only on battlefields, but also in the media, which are controlled by the Russians. The main weapon is anti-Western propaganda, which by its sophistication and intensity exceeds the Soviet model. We are in a war, in which has been fought for our ideas, opinions and beliefs, and for our vision of the world.

What are the ideas and beliefs that are planted to our minds? Is it essential to oppose them? Should we fear them? Does Europe already has a recipe how to combat Russian influence?

We are going to look for answers together with:

Alexander Ryklin, Russian journalist and blogger; editor-in-chief  of  the online magazine “Ezhednevnyi Journal” blocked by Roskomnadzor in 2013 for political reasons; a member of the Federal Political Council of the United democratic movement Solidarnost, a member of the Committee for the protest actions, which has been organizing marches and opposition rallies since 2013.

The debate will take place on October 24th, at 5pm, in the Café Campus (Náprstkova 10 , Prague), moderated by Jan Machacek, the Chairman of the board of the Institute for Politics and Society. The debate will be conducted in English and Russian, provided with consecutive interpretation.