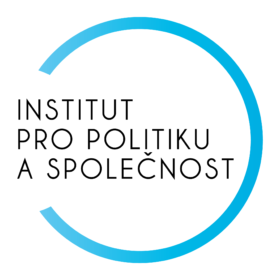 “Past and future protests – Algeria and upcoming elections”

The year 2019 seems to be an important year in Algeria’s history as the country is facing popular protests leading to political changes. So why are Algerian people protesting? what are the main results of these protests? And why is the situation in Algeria so unique in its region?

On February 10th, Ahmed Ouyahia, the Algerian Prime Minister announced the candidacy of Abdelaziz Bouteflika for a fifth term. Bouteflika was the president of the country since 1999 and has been absent from the public eye since suffering a debilitating stroke in 2013, prompting critics to question whether he is being used as a puppet by civilian and military figures close to the president. Moreover, in Algeria, the voting turnout was low as many people did not believe that elections were fully transparent in the country.

Since mid-February, thousands of Algerians have begun to march in the streets to demand change at the head of their country. In the beginning, the protests demanded only the withdrawal of the candidacy of Bouteflika and the departure of Ouyahia. However, very quickly, these demonstrations gained momentum, and called for massive house cleaning from the government of the ruling clans, but also businessmen, known collectively as le “pouvoir”.

The Algerian case is unique in the region, because during the Arab Spring, the Algerian government did not face demonstrations. This can be explained by the traumatism of the civil war of the 1990’s. Indeed, after the elections of December 1991 won by the islamist party, the Islamic Salvation Front (FIS), and the defeat of the ruling party, the FLN, the army took control of the government. After the FIS was banned and thousands of its members arrested, Islamist guerrillas rapidly began an armed campaign against the government and its supporters. This led to a bloody civil war where many civilians were killed, and which officially ended only in 2002.

This fear of historical repetition was used as a tool by the current government in the beginning of the protests. Ouyahia warned of a “Syrian scenario in Algeria”. He said that some demonstrators offered roses to the policemen, but we should recall that in Syria it also began with roses”. He also drew a comparison to the 1991 strike that preceded Algeria’s civil war. However, this strategy did not work as people continued to protest.

From the end of February, massive demonstrations were present in all the major cities of the country, all of them with the same goal and with the same vehicle, “pacifism”. Pacifism is key because people (demonstrators but also the police) are aware that any escalation can lead very quickly to the worst scenario. This is one of the main reasons why there is almost no confrontation.

On 11 March, it was announced that the President would not seek re-election. It was also announced that his term is extended for one year; that Prime Minister Ahmed Ouyahia resigned and has been replaced by Interior Minister Noureddine Bedoui; and that presidential election was postponed indefinitely. However, many people considered that there was no major change. Indeed, Bouteflika had extended his presidency for one year. Also, there were imprecisions concerning the date of the future elections, and no deep changes concerning what is called “Le Pouvoir”.

However, in a speech that was broadcast on public television, General Ahmed Gaïd Salah, Commander in Chief of the Algerian Army (and a very influential person in Algerian politics) called for the application of Article 102 of the Constitution, which corresponds to the impeachment procedure for Abdelaziz Bouteflika.

Consequently, on the 2nd April, President Abdelaziz Bouteflika submitted his resignation to the Constitutional Council. This represents a major victory for the protesters, few days later many suspected corrupt businessmen were arrested (including the richest Algerian person, Rebrab and Haddad, a businessman who had a close relationship with senior members of Bouteflika’s government).

Today, the country is governed by a transition government and elections must be organized in the next 90 days, as provided by the constitution. Protests are still ongoing, people continue to demand the departure of the members of the “regime” and even the departure of some military figures.

In a realistic view, a total change seems impossible as the army has a lot of interests and control over Algerian politics. Also, Algeria is a quite new country (independence in 1962), it has been governed by the FLN party since its independence, and the only time when the FLN lost an election, it led to a civil war. Today, it is impossible to predict what will happen in the future. We are in a period of incertitude and the Algerian future is everything but predictable!