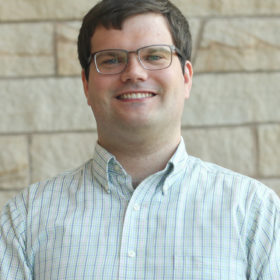 Which Democrat will take on Trump in 2020?

The leader of this race has so far been Joe Biden.  The average polls for Biden during June 2019 were 32%.  This is the highest out of all candidates.  He has also raised the third most out of all the candidates, at around $18.2 million.  This is a remarkable sum especially since he only began his campaign in April.  One boost he has is name recognition since he was the former vice president under Barack Obama.  He has the most mentions in by major TV news channels in 2019 totalling 22,785 times. One sour part of his campaign is past allegations of inappropriate touching of women.  This may cause some voters to vote for other candidates especially in the era of the #metoo movement.

Bernie Sanders should be considered the second most likely candidate.  His average poll numbers are the second best at 15%.  He has also raised the most money out of any Democratic candidate totalling $20.7 million.  84% of this money was given by small donors.  This shows that he can mobilize his supporters for action, such as donating.  One of the major issues Bernie will face is if he can expand his base beyond young white voters.  Without doing this it is unlikely that he can win the nomination.

The third strongest candidate for the Democratic nomination is Elizabeth Warren.  She is catching up to Bernie with June’s poll numbers being 11.9%.  She has also raised the third most with $16.5 million. Her main strength is that she is a good compromise candidate.  This is because 40% of both Bernie and Biden supporters would be happy with her winning the nomination.  She will have to convince people that she can beat Trump in the general election.  Polling has shown that many people think she has less of a chance of winning the general election than Biden or Bernie.

The current front runner, without a doubt, is Joe Biden. With the first Democratic elections not beginning until February 2020, there is still plenty of time for the candidates’ rankings to change.