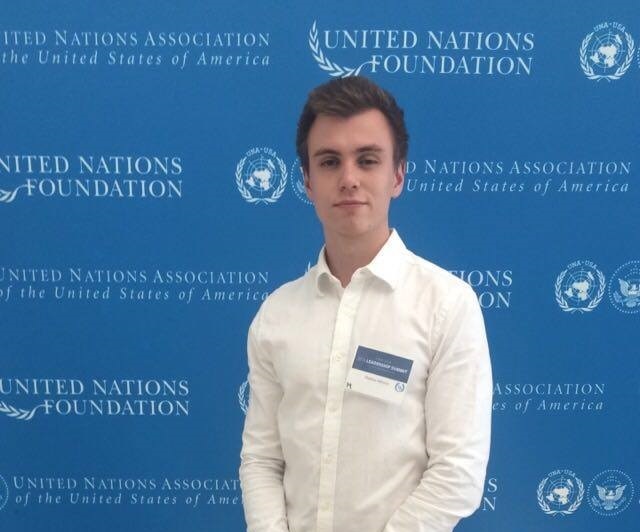 In the summer of 2017 I interned at the “Institute for Politics and Society”, a small but rather busy think tank in the centre of Prague. The experience was constructive, particularly as it led to the submission of my very first paper to a scientific journal.  While the research on Swedish high skilled migration for my paper took up most of my time at the office I was given several other tasks. Czech to English translation (aided by Czech speaking co-workers) and proofreading of articles, letters and other texts were common assignments. Other tasks included referencing papers and drafting texts for different events. We also had the opportunity to attend and report on discussions organized by the institute, and most exiting their yearly “Multiple Challenges for Europe”. The conference focused on EU and European topics and featured an interesting variety of contemporary politicians and thinkers including the country’s future prime minister Andrej Babis, Anna Orosz vice president of Hungary’s new political party Momentum, and the vice president of the European Parliament Pavel Telicka.

The office itself had a pleasant atmosphere, with several other interns and inclusive co-workers. At two occasions we organized Game of Thrones screenings after work, and we once went out to one of Prague’s open air cinema’s by the river.