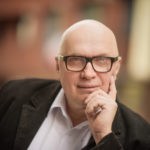 Institute for Politics and Society will participate in the 27th Economic Forum in Krynica Zdrój.

The Institute for Politics and Society will organise the panel The Union Divided: Quo Vadis, Europe?

EU currently faces many challenges. There is a clear East-West divide over migration and a rising threat of illiberalism in Poland and Hungary as well as in some western countries. Populists and nationalists are on raise in Italy, Holland and France. Many of these movements use anti-EU rhetoric and blame EU for causing a lot of their domestic problems.

How dangerous is separatism, nationalism and populism? What is the future of liberal constitutional democracy in Europe? Is there a chance that Brexit will inspire more countries to leave the EU?

The panel will be moderated by Jan Macháček, Chairman of the Institute for Politics and Society. The event will be held on September 6 from 12:05 to 13:05.