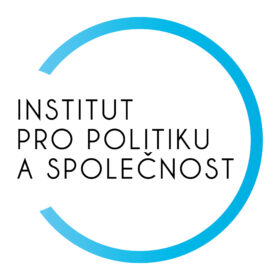 Americans are always welcome even when they could endanger us

The Canadian government says that 74% of these cases come from travellers. There are currently 569 confirmed cases of COVID-19 in Canada as of March 16. Ontario and British Columbia are the provinces with the highest number of cases, 189 in Ontario and 186 in BC. Eight people have died, seven in BC and one in Ontario. Sophie Trudeau, wife of Prime Minister Justin Trudeau has also contracted the virus, and both the Prime Minister and his wife are currently in self-isolation as a result. Additionally, much to the dismay of many Canadians, the National Hockey League along with the three leagues that make up the Canadian Hockey League have suspended operations.

On March 16, Canada closed its borders to non-Canadian citizens and permanent residency holders, and all international flights are being rerouted to one of four airports: Pearson International (Toronto) Pierre Elliott Trudeau International (Montreal), Vancouver International, or Calgary International. There are some notable exceptions to the border closure: American citizens are not barred from entering, the Canada-US border remains open, and flights from the US, Mexico, and Caribbean countries are not restricted to one of the four airports above. Given the high number of confirmed COVID-19 cases in New York and Washington, both of which border Canada, many Canadians are confused as to why the Canadian-US border remains open. Surely it could be closed at least to tourists.

Well, maybe it’s not possible to close it to just tourists. Canada is heavily dependent on the US for many things, most importantly in this case food. Trudeau recently had a phone conversation with President Donald Trump, and the prevailing theory is that President Trump threatened to cut off supplies to Canada if Canada closed the border in any regard without first consulting the US. Closing the border with the US may not be worth the wrath of Trump. However, there are now reports that the two are working on a mutually agreeable deal regarding the border.

During a national address Trudeau urged Canadians abroad to return to Canada and announced that the Canadian government would be providing financial assistance to help pay for flights. However, nobody showing signs of COVID-19 will be allowed to board flights to Canada including Canadian citizens. As a result, Trudeau announced the government will also provide financial assistance to Canadians who are stuck abroad.

Canada’s response to the pandemic thus far seems adequate, although only time will tell if leaving the US border open will do more harm than good. The federal government has not mandated the closure of public areas, as this is a responsibility of the provincial governments. Many shopping malls now have reduced hours, Cineplex movie theatres are closed across the country, and Starbucks is closing all university and mall locations. Most schools and universities have also completely closed or have transitioned to online classes. The biggest concern now will be Canadians returning from abroad who are infected, but show no symptoms, and the Canada-US border which remains open, as Justin Trudeau says: “for now”.