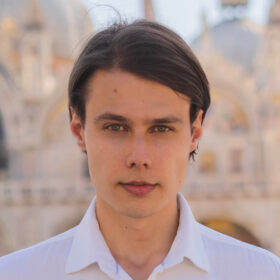 Europe’s last dictator: Is Lukashenko’s rule at an end?

Often depicted as ‘Europe’s last dictator’, the president of the Republic of Belarus, Alexander Lukashenko, has been a controversial personality for a long time. However, his presidency may finally come to an end after 26 years. We can distinguish three key pressure points on Lukashenko’s presidency: violent protests following this year’s presidential elections, the European Union’s imposed sanctions on government officials, and Russia’s lack of patience for Lukashenko.

Belarusian presidential elections were held on the 9th of August, resulting in Lukashenko’s victory with over 80% of the votes. The main opposition candidate and second runner up, Sviatlana Tsikhanouskaya, managed to win just over 10% of the votes. The drastic disparity in results and numerous reports on election irregularities led many international and domestic commentators to question the legitimacy of the elections. After the elections, protests erupted in Minsk, with heavy clashes between the protesters and the police. Many arrests, opposition leaders in exile, and police brutality during a global pandemic created a destabilizing vacuum drawing great attention towards Belarus. Protests have been calling for the immediate resignation of Alexander Lukashenko.

The EU and most Western world countries did not accept election results and questioned the legitimacy of the elections. Taking a strong stance on condemning police violence following the elections, the EU imposed sanctions on members of the Belarusian authorities, including Alexander Lukashenko. The impact of the individual sanctions is debatable; however, they managed to send a clear message. The EU is less likely to tolerate Lukashenko’s authoritarian rule.

In a typical post-soviet fashion, the Belarusian protests are seen by Russia as a result of ‘outside meddling from foreign states’ – a red flag of authoritarianism. In analyzing Russia’s relations with Belarus, two premises are essential to note: firstly, many commentators would suggest that there is a strong Russian inclination towards unifying two countries; secondly, with unquestionable Belarusian support, Russia could potentially cut off the Baltic countries from Europe. After protests erupted in Minsk, Russia offered its support to Lukashenko’s regime, even suggesting providing military assistance. After months of unyielding protests, Russian Foreign Minister Sergei Lavrov visited Minsk to officially support new constitutional endeavors. Russia is running out of patience for Lukashenko.

Cunningly fluctuating between Russia’s and EU’s interests, Lukashenko managed to keep Belarus in dangerous diplomatic games of influence. If Russia infringed on Lukashenko’s foreign interests, he would simply move more towards the EU and vice versa. This manner of behavior made Lukashenko unpopular on both ends. Everyone will benefit if Lukashenko steps down. The EU would get a chance to entice Belarus more towards the West. Russia would get an opportunity to support someone who would be ‘an easier prey’. Finally, the people of Belarus would get a chance to hold free and fair elections to legitimately convey their will. Hence, a game of influence would turn into a game of chance.

Ultimately, will Lukashenko step down from being a president is not relevant. Constitutional changes will undoubtedly happen in Belarus. The Belarusian president may no longer be the most powerful position under the new constitution. Will Lukashenko ‘accidentally’ step down onto the new most powerful position under the new constitution? If such a scenario comes to pass, nothing will truly change, and Belarus will remain trapped in a ‘limbo of democracy’. Hence, the upcoming constitutional reform presents a key moment in time for Belarus.