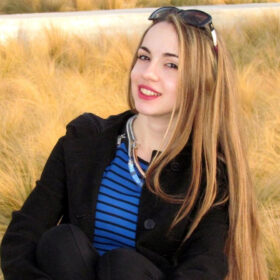 Insights into the murder of Greek journalist Giorgos Karaivaz

On the 9th of April 2021, a well-known Greek crime reporter Giorgos Karaivaz was shot dead right next to his car while he was walking home after work. The assassination took place in broad daylight in the southern suburb of Alimos in Athens. According to Greek police authorities, the murder was a professional hit, and the shooters are still unknown. The Greek nation is shocked about the brutality of the crime: the reporter died instantaneously after getting hit by ten bullets in the head and chest, which, according to the coroner’s examination, proves the executioner’s professionality and determination to carry out the “contract of death” of George Karaivaz.

Giorgos Karaivaz worked for the channel STAR TV and was the founder and owner of bloko.gr media webpage, focusing on police reporting. For many years he was an associate police editor at the television channel „ANTENNA“. Karaivaz was also an associate of the newspaper “Eleutheros Typos” (Free Press). He was married and a father of a child.

Initially, the local media revealed that the killers might have used silencers because neighbours did not hear any gunshots. The gunmen fled the scene immediately after the homicide. Police are intensely searching for the gunmen, and they are also interviewing potential witnesses. Clearly, it was a well-planned ambush, and the perpetrators were aware of the journalist’s daily schedule. The police did not rule out that someone may have been following Karaivaz and informing the shooters.

Besides rattling the Greek media, the Panhellenic Federation of Police Officers, and communities of the security forces and politicians, Karaivaz’s cold-blood murder has disconcerted the international media outlets as well. The International and European Federations of Journalists (IFJ and EFJ) have expressed their alarm following the murder and urged the authorities to investigate the attack. Ursula von der Leyen, the President of the European Commission, made a statement on her Twitter account: “Murdering a journalist is a despicable, cowardly act. Europe stands for freedom. And freedom of press may be the most sacred of all. Journalists must be able to work safely.” The swift investigation of the case has been called for by the Greek Prime Minister Kiriakos Mitsotakis as well.

Clues concerning his murder may be found among his contacts with people from criminal organizations and in the reports he published online. These articles refer to corruption inside the police and incidents regarded as organised crime in the country. Furthermore, he also wrote about the murders recorded between 2018 and the present day, which are attributed to the “war” for domination in the mafia world. Some evidence of his relationships with people from the underworld was compiled by the National Intelligence Service between 2015 and 2016. The main targets of the investigation were Dimitris Malamas, a police officer who was murdered two years ago and Dimitris Kapetanakis, a notorious “night baron” who was killed in December 2020.

For many years Karaivaz was reporting about various organised crime cases. One of them was, for example, the intercepts of phone calls of the National Information Service (ΕΥΠ), which in 2015 uncovered a large corruption ring of the police and organised crime. Karaivaz had been called to testify on this case.

The authorities are under public pressure to solve the murder quickly considering that Karaivaz had been investigating various dealings between corrupted officials and the criminal groups. All things considered, as Dunja Mijatović, the Commissioner of the Council of Europe for Human Rights, pointed out, the killing of Giorgos Karaivaz in Greece is a tragic reminder that journalism is still a dangerous profession in Europe.