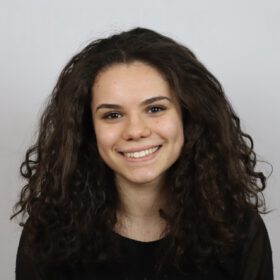 The European Dilemma of Nord Stream 2 and a Path Forward

The Nord Stream 2 is a system of pipelines for transporting natural gas from Russia to Germany through the Baltic Sea. Several actors and countries are involved in this project, which was scheduled to end in 2019.

Is Nord Stream 2 a political project that aims to reduce Ukraine’s status as a gas transit state? How will the Central and Eastern European countries be affected by the construction of Nord Stream 2? Will it make them more vulnerable to Russian price dictation? Do differing views on Nord Stream 2 threaten European cohesion? These questions were addressed by experts during a round table discussion organised by the European Liberal Forum in cooperation with the Institute for Politics and Society and Friedrich Naumann Foundation for Freedom. The round table was moderated by Martin Ehl, Chief analyst at Hospodářské noviny.

Introductory remarks were delivered by Šárka Prát, Member of the Board of the European Liberal Forum and Executive Director of the Institute for Politics and Society. Ms. Prát stressed the importance of round table discussions, which provide space for dialogue on European integration, liberal values, and the future of Europe. She reminded the audience of the complicated history of the Nord Stream projects. Nord Stream 1 was completed in 2011, but Nord Stream 2 is subject to US sanctions, which have slowed its completion. The US fears that Russia is increasing its influence in Europe, endangering not only Ukraine but also transatlantic relations, she noted.

Friedbert Pflüger, Director of the European Cluster of Climate, Energy and Resource Security (EUCERS) at the Center for Advanced Security, Strategic and Integration Studies (CASSIS), represented the voice of Germany. Mr. Pflüger argued that the Nord Stream 2 is a positive business project not only for Germany but also for Europe. Nord Stream 2 would expand the energy supply in Europe. He reaffirmed his support for the Nord Stream 2 project and the policy decisions of the German government. He underlined that Germany has many options to counteract Russia in case of getting blackmailed or if the gas was supplied depending on strategic developments. Germany’s extensive energy infrastructure allows it to stand up to Russia. Finally, the US sanctions on Germany and the companies involved in the project did not help the discussions, he concluded.

Daniel Fried, Weiser Family Distinguished Fellow at the Atlantic Council and former US Ambassador to Poland, described the American perspective. He reiterated that the Nord Stream 2 project is a mistake in the view of both the Trump and Biden administrations. He noted that the Nord Stream 2 favours only Germany and the Western European states and excludes the Poles and other Central and Eastern European countries from the energy market. Furthermore, Mr. Fried maintained that Russia uses gas as a weapon against Ukraine. This fact, he noted, caused the US to impose sanctions against Germany and the companies involved and the US would continue to do so if a discussion was not organised. However, the US is aware that the pipeline’s construction has gone too far, and the project cannot be stopped. Diplomacy and transatlantic discussions would thaw the current situation.

Václav Bartuška, Ambassador for Energy Security at the Ministry of Foreign Affairs of the Czech Republic, represented the Central and Eastern European countries‘ views. Although Poland is against Nord Stream 2, not all countries in the area are opposed to the project, Mr. Bartuška explained. The Czech Republic, for example, is completely dependent on the North European gas market. 98% of the gas used in the Czech Republic comes from Germany. Thus, the Czech Republic’s only demand is the same gas prices and deliveries as in Bavaria. A compromise between Germany and the US is necessary to avoid the destabilisation of the Central and Eastern European region. Ukraine should not be squeezed out of the energy and transit markets, which requires concrete policies to ensure Ukraine’s security.

The prospects for the evolution of German policy towards Nord Stream 2 was the first question put to the experts. Friedbert Pflüger argued that different German political parties are strongly committed to Nord Stream 2. Václav Bartuška drew attention to recent events that have changed German political thinking. Russia’s accusations against Germany over the Navalny case have further worsened relations between the two countries. If Russia wants to complete Nord Stream 2, it should not offend its ties with Germany, he warned.

Russia’s anti-democratic policy and strategic use of gas against Ukraine was the second issue the experts were invited to discuss. Daniel Fried underlined that stabilising and cooperating are the pillars of the Biden administration’s policy. However, Mr. Fried confirmed that the US would not hesitate, in the name of freedom and democracy, to apply sanctions directly against Russia if the country does not respect the transit agreement with Ukraine. For Václav Bartuška, the pressure to change the Russian system can only come from Russia. “It is not our job to change the Russian political system,” he noted.

Jan Macháček, Chairman of the Board of the Institute for Politics and Society, delivered the concluding remarks. He thanked all the participants and reaffirmed the need to build a stronger European discussion on Nord Stream 2 regardless of individual histories.