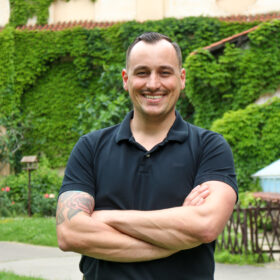 The Russian-Ukrainian War: A PMCS and Logistical Nightmare

Quite often attributed to Napoleon Bonaparte himself, the idiom “An army marches on its stomach,” has been time-honored within the military realm. It essentially means that soldiers cannot soldier without food and can be further extrapolated to include other logistical necessities such as fuel, ammo, water, and, just as important, toiletries. No soldier wants to be unbathed for weeks on end, despite how often it does happen. From this thought, attention becomes the current war in Ukraine between Russian attacking forces and Ukrainian defending forces. It is important to make this distinction because it is much more difficult to win a battle as an attacker than it is to win as a defender. Questions surrounding the war quite often pertain to the humanitarian aspect of the war, but I would like to draw attention to the militaristic side of things. My question is, quite simply, “How on Earth is Russia taking this long?”

Russia, prior to this conflict, was considered a military superpower on par with the United States, and as NATO policies have reflected for the past 30 years, people bought this perspective. Early last year, Polish war games produced an outcome wherein the Russian military so resoundingly defeated the Polish army (total Russian victory occurred after five days) that the Polish government increased its military budget by tens of billions of US dollars. That is correct. Theoretical war games directly impacted a government so powerfully that it drastically increased its military budget. This idea sounded terrifying back in 2021, but the current Russian military might appears vastly removed from the theoretical menace. Why is this so? Simply put, I believe it was because the Western powers put too much faith in Russia’s military professionalism, as well as too much faith that they were just as disciplined as the West is. Case and point, PMCS.

PMCS stands for Preventative Maintenance Checks & Services. During garrison within the Army (time spent not deployed or not actively training in the field), time was dedicated entirely to a cyclic preparation for the future deployment or field training exercise. Every single Monday was dubbed “Motor Pool Monday,” during which entire divisions of soldiers across the entire United States Army footprint (tens of thousands) would PMCS their vehicles for the entire day. The rest of the week was then trying to fix whatever faults were found on Monday, but more often than not, nothing would be fixed, and they would roll the faults into the following Monday to be identified again. What this would do is teach every soldier each and every tiny, seemingly insignificant, fault with their vehicle to such a degree that they were often entirely aware of the exact combat readiness of their vehicles, or lack thereof. If, say, a tire on a Humvee were dry-rotted from sun damage, soldiers would most certainly be aware of it. Or perhaps a tank track became rusted to inoperability and needed to be changed. This Monday ritual served to keep soldiers active as well as keep the Army’s high logistical command active in their efforts to provide long overdue tires or tank tracks.

Information suggests that the Russian military does not have this ritual. A simple Google search will provide hundreds of photos and videos of Russian convoys being forced to remain on roads, despite Ukrainian artillery and drones destroying many of them. Supposedly the reason for this is that whenever they try to go off-road, they are immediately defeated by Ukrainian mud and their vehicles are ripe for the picking of Ukrainian fighters. Their tires are blown out and appear to be the aforementioned dry-rotted tires. Their tank tracks are consistently stuck and then abandoned due to inabilities to recover them. Apparently, not only are their vehicles entirely lacking in combat readiness, but the soldiers are equally lacking in their abilities to recover their vehicles. There are plenty of pictures of US military vehicles getting themselves stuck, and every soldier probably has a funny story about a vehicle getting stuck while out training. These vehicles, however, are not abandoned. Disciplined soldiers recover their equipment and proceed with the mission. To be fair though, a soldier can only be as disciplined as the food in their stomach allows, and it seems that Russian “logistics” are lacking in that effort as well.

As the attacker, Russian forces should have been as combat ready as they could have possibly been. Defending armies have the advantage of not needing to drag their logistical convoys hundreds of kilometers away from base. A Russian vehicle, full of ammo and food, stuck in the mud due to incompetence, is essentially one less combat capable company of hungry soldiers that cannot engage the enemy. A Russian tank, stuck in the mud due to incompetence, is one less protector for the aforementioned logistical convoys. Each vehicle destroyed with valuable necessities (food, water, ammo, etc.) is a gut punch to Russian military efforts as they would need to bring those necessities from hundreds of kilometers away, again. This is not even including the massive lack of fuel, which is an entire effort in its own rights. As stated at the beginning, the idiom “An army marches on its stomach” is often attributed to Napoleon. Ironically, Napoleon himself was plagued with similar logistical nightmares during his disastrous invasion of Russia.

The PMCS ritual, despite often being a massive headache for soldiers, was more than just identifying problems with vehicles. It was a disciplinary step in ensuring soldiers were competent enough to handle their vehicles as well as exercise for US Army logistics in delivering the right parts to the right places in a semi-expedient manner. Military logistics is just as important as combat readiness. Information would suggest that the Russian military’s lacking in this department is doing just as much harm to their military efforts as the fierce resistance the Ukrainian military is providing them. An army is only as powerful as its logistical train will allow, and based upon the reports coming from Ukraine, it would appear that Russia forgot this all-too-important fact.

This op-ed is from the perspective of a United States Army veteran based upon his experience as a 19D (Cavalry Scout). Cavalry Scouts are combat soldiers deployed to obtain information about the battlefield, enemy movements and capabilities, as well as terrain and other important information necessary for Army leadership in order for them to make well-informed decisions.