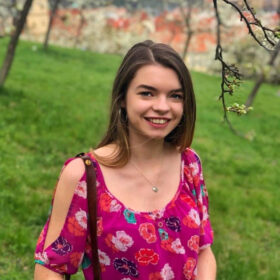 Who Will Fill the Power Vacuum in Afghanistan?

The NATO withdrawal from Afghanistan is causing an internal turmoil in the country leading to external actors preparing to step in. Regional actors are now seeing a greater opportunity than ever to further their interests in Afghanistan. Multiple countries have already made clear moves to fill this vacuum, and as somewhat of a surprise this seems to bring a sense of relief to the US.

For example, the US likely would have previously resisted that a rival such as China interfere in the internal issues of Afghanistan. However, as the current security situation worsens, and the US and its allies will no longer be present to support Afghan security and keep the Taliban at bay, the attitude has changed. China’s foreign minister recently met with a Taliban delegation in an attempt to secure diplomatic ties, and as reported by Emma Graham-Harrison for the Guardian, US Secretary of State, Antony Blinken, has gone as far as to say that this interest could be a “positive thing” as furthering instability would not support China’s interests. What are China’s interests in Afghanistan? China likely wants to expand the Belt and Road Initiative and search for oil and rare earth minerals, which requires a certain amount of political stability in the country. Concern past this is likely limited.

However, this narrow concern past their own interests is not limited to China. Other actors such as Russia, Pakistan, India, and Iran are all mostly concerned for their own security. Russia wants the conflict to stay out of its Central Asian barrier and is willing to offer the US use of Russian bases to ensure it. Since 2001, India has also supported the US and NATO. According to Micheal Kugelman from Foreign Policy, India donated 3 billion dollars in development assistance. With its allies gone, the Taliban furthering its reach across the country, and its fear of spillover into Kashmir or even India, it has just begun communication with the Taliban. On the flip side, Pakistan has long, although unofficially, supported and funded the Taliban as a guaranteed ally should they come to power against its rival India. As it shares a border with Afghanistan, its main concern beyond India is the influx of refugees and violence spilling over.

Iran’s agenda is similar yet more ambiguous. Violence and refugees are a concern; however, Iran has also found a way to exploit the Afghan refugee population for its benefit. The Iranian government has recruited largely Shia Afghan refugees in Iran to a militia group, the Fatemiyoun, to use as a tool in Syria supporting the president’s military forces. The Fatemiyoun could also be used in Afghanistan post withdrawal. Throughout the years Iran has in some ways supported both the Afghan government and the Taliban, stuck between its strong opposition to the US and concern for Shia Muslims which the Taliban have repeatedly targeted. This leaves the question of its future role. How will this balancing act continue? Will the Fatemiyoun be used by Iran against the Taliban in the case of a civil war?

Turkey, on the other hand, has made its intentions clear. Recently, it has offered to protect Kabul’s airport following withdrawal, proving itself a productive NATO partner and supporting the Afghan government. Although the Taliban has threatened Turkey should they stay beyond the September 11th deadline, Turkey’s relations with the group are not all negative, as its role is non-combatant, and has even been asked to facilitate peace talks as reported by Abdul Basit and Zahid Shahab Ahmed for Al Jazeera. These actions help Turkey improve relations with its western allies in NATO and further its role in the Muslim world, especially in rivalry with Saudi Arabia.

Overall multiple regional actors have already acted diplomatically and otherwise in preparation for NATO military withdrawal. Who succeeds in filling the power vacuum will also depend on the outcome of intra-Afghan peace talks, if Afghan security forces succeed at holding out the Taliban, and the general power role each actor will play in the future of the country.