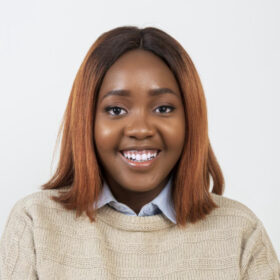 Will Emmanuel Macron be re-elected in April?

While famous in other parts of the Western world, like the United States, the term re-election is not tolerated much in France. In fact, the French have a word dégagisme which indicates their position on being hellbent on ousting any leader they put in power. The last French president to win re-election was Jacques Chirac, 20 years ago. This April, five years after the previous elections, the French are set to go to the polls again. Is Emmanuel Macron still their preferred candidate?

In the race this time, alongside Macron are far-right nationalist Marine Le Pen, Valerie Pecresse of the right-wing Republican party, and far-right media pundit Eric Zemmour. The new poll indicates Macron as the most favoured candidate, defeating any right-wing candidate. In the survey, Macron received the first round backing of about one-quarter of voters while his opponents alternate at around 15%.

When Macron took office in 2017, his main promises were refurbishing France’s social model and welfare system, and loosening strict labour laws. Instead, he managed to earn himself the “president of the rich” label for transforming the wealth tax into property tax. Overall, Macron’s presidency focused on security, immigration, and national identity, setting out to reduce the right’s rumble. With only a few weeks until elections, it becomes of interest to consider how certain factors, such as Ukraine diplomacy and COVID-19 policies, influenced his popularity. Macron’s recent visits to Moscow and Kyiv in an attempt to bring the two parties to negotiations were not successful. Still, his efforts have polished his approval as one of the West’s most visible mediators. Despite reigning during a massive pandemic crisis, he has managed to astonishingly bring back the French economy, claiming the “star performer” of the major advanced economies in the pandemic era.

Macron’s presidency performance helps him forestall challenges from far-right candidates, whom surveys show are reaching for their finest ever results in a presidential election. However, during his reign, France has also seen inflation, rising fuel prices, record distrust in the political class, societal divisions, and growing identity politics on the far right. This proliferates the pressure on him to show that his tenure in office cushioned people from all backgrounds.

To conclude, during his incumbency, Macron made France a more visible global player in the face of mishaps. He has kept abreast of the country’s voice in international politics and revamped its economy in light of the pandemic, which has helped him raise his international profile. He appears set for a second electoral victory.